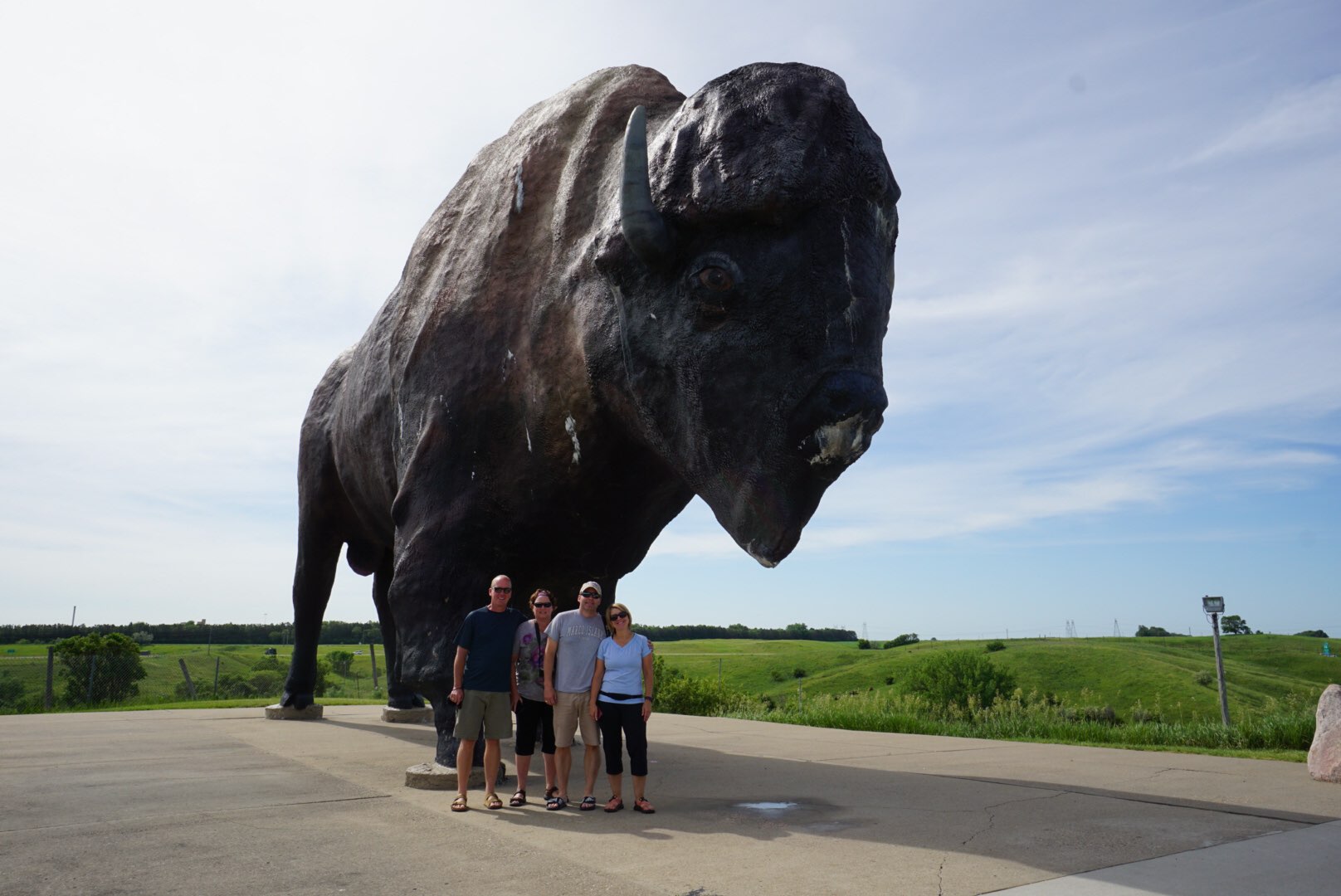 This morning we left the Pratt's at 8:00, right on schedule. I took my first shift in the cockpit. This thing drives pretty nicely except when the wind gets gusty. Then you feel like you are constantly overcorrecting one way or the other. As we buzzed along I94 through North Dakota, we realized that we were not really in the spirit of things. No large balls of twine, no giant ears of corn! Of course, there's an app for that! "Road Trippers" to the rescue! In no time at all we learned that Jamestown had the worlds largest buffalo monument. After a quick stop at Cenex to top off our tank (38 gallons for about half a tank), we ended up on a really bad gravel road that brought us into the frontier village from the wrong direction. Oh well, we got there. 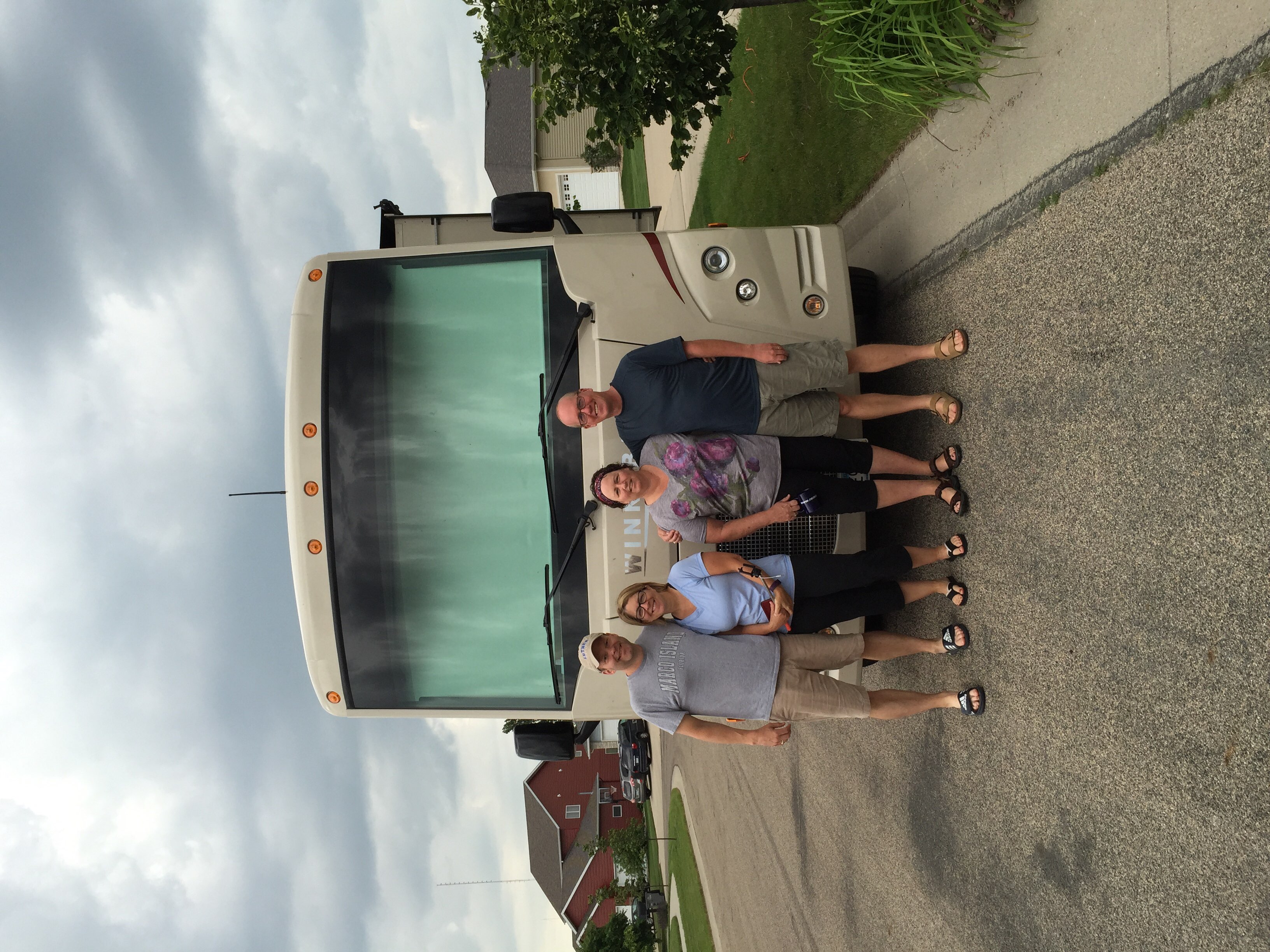 Now we are headed towards Bizmark for lunch and maybe a glimpse of the worlds largest Holstein! Wait, how much giant bovine statuary can we see in one day?! We shall see... the Holstein is reportedly some 40 feet tall and 50 feet long.

Picking up the story a bit later, we have crossed the border into Canada! A relatively painless and friendly process. When the border guard asked if we would be staying in Canada long term, we told her it depended on the outcome of the election. She smiled and said she was hearing that a lot. Its 4:30 now, and we have another hour to go before we get to Weyburn for the night. We are not making quite as fast progress as we thought but its been a pretty easy day except for the gusty winds. I've taken my second shift driving, and it was definitely much better heading into the wind than having it directly across this big beast.

There is not much scenery yet, just a lot of wide open spaces and oil wells. At one point we saw big big numbers on the side of the hills outlined in stone. I suspected it was UFO markings -- the infamous "area 15", Brian thought they were targets for bombing practice from the Air Force base. Holly looked it up on Google and learned that it was a local high school tradition to spell out their graduation year in rock on one of the local hills.

We crossed into the mountain time zone just before we got to Weyburn, Saskatchewan for the night, which meant that we were right on schedule for happy hour. I like this RV style of camping, it took us less than 10 minutes to level up, connect the electricity and the water. We rolled out the canopy and set up our soccer chairs poured drinks, and by 5:15 we were relaxing and enjoying our campsite. 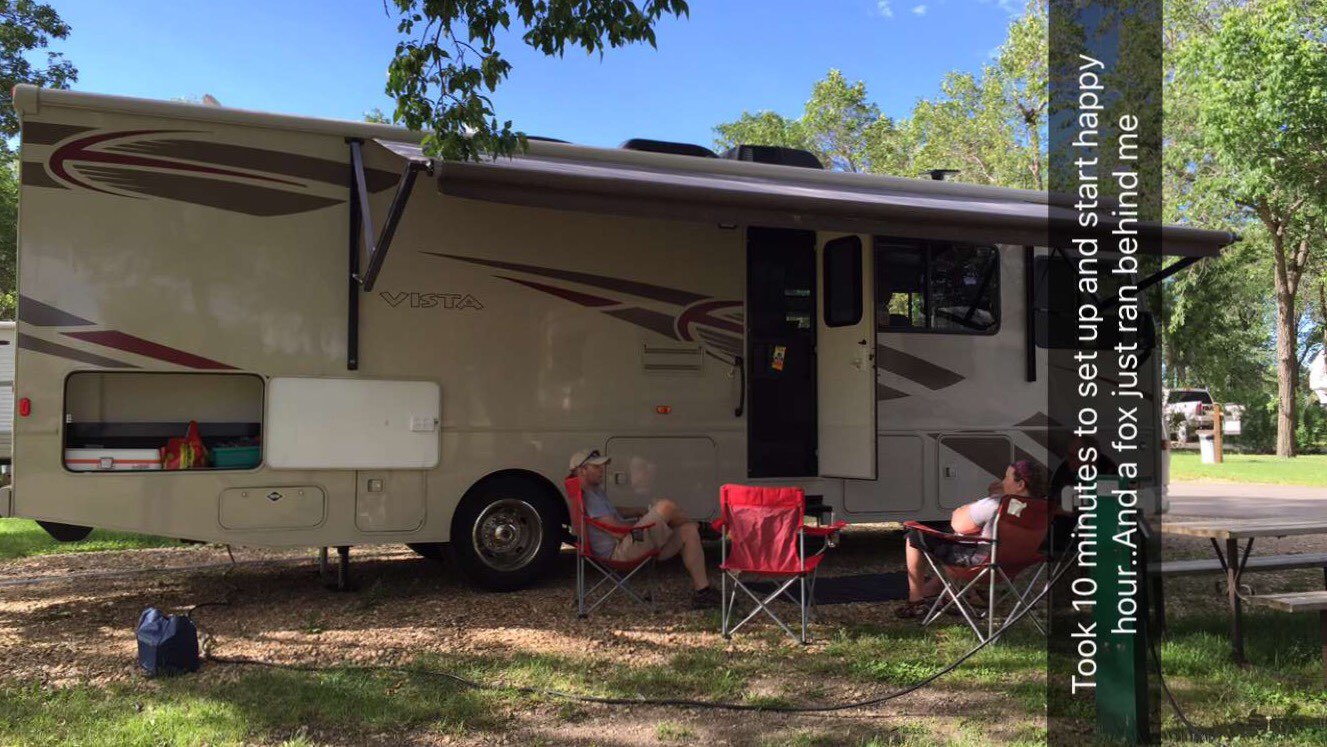 For dinner we took the bikes into town, and ended up at Boston Pizza. Jane and Holly both ordered a Bloody Caesar (like a Bloody Mary but Canadian). The waitress offered "fishbowl size" little did we know that they would actually be served in a fish bowl! 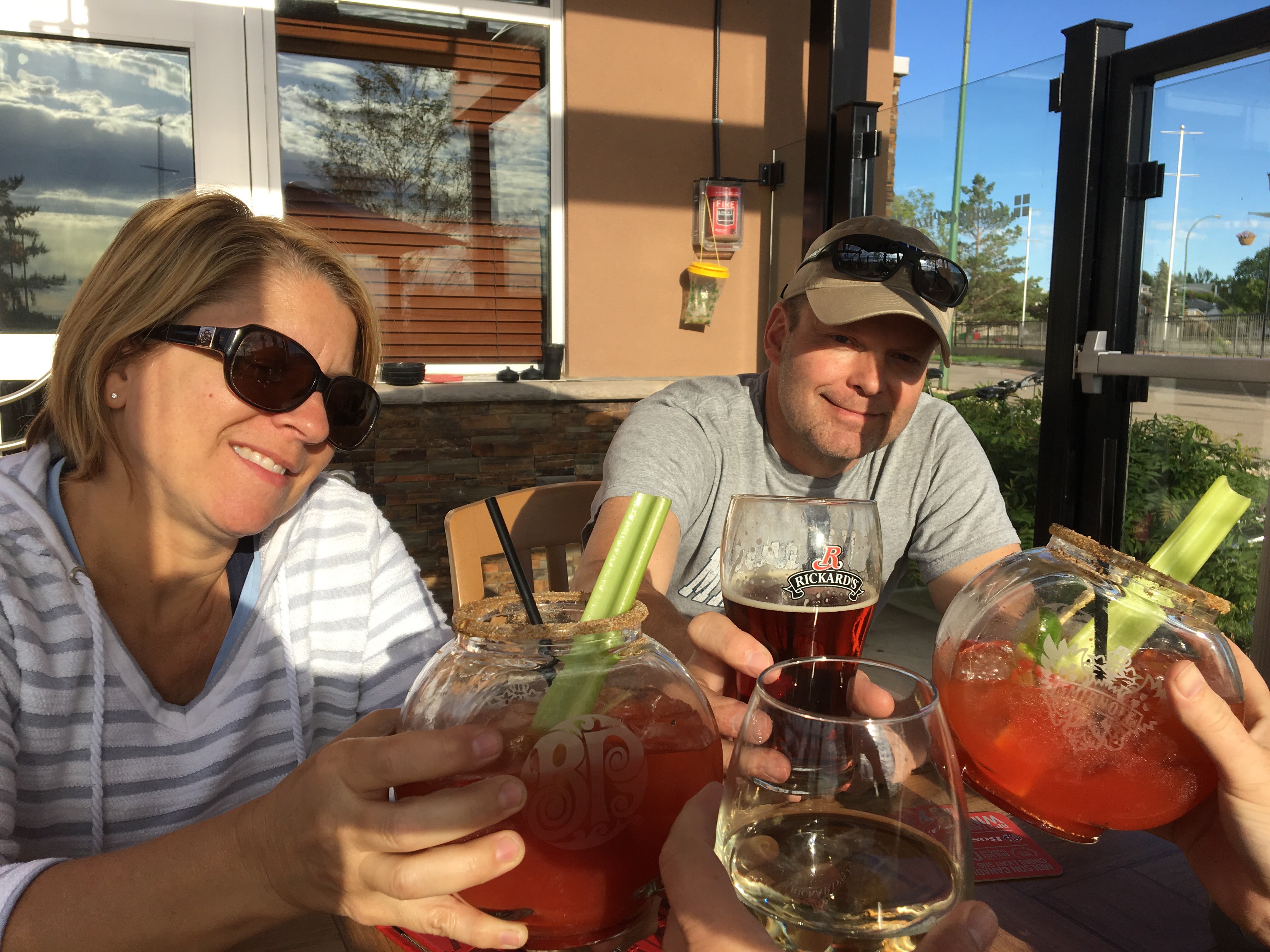 We are on the road this morning having successfully navigated the dumping station! More on that later.