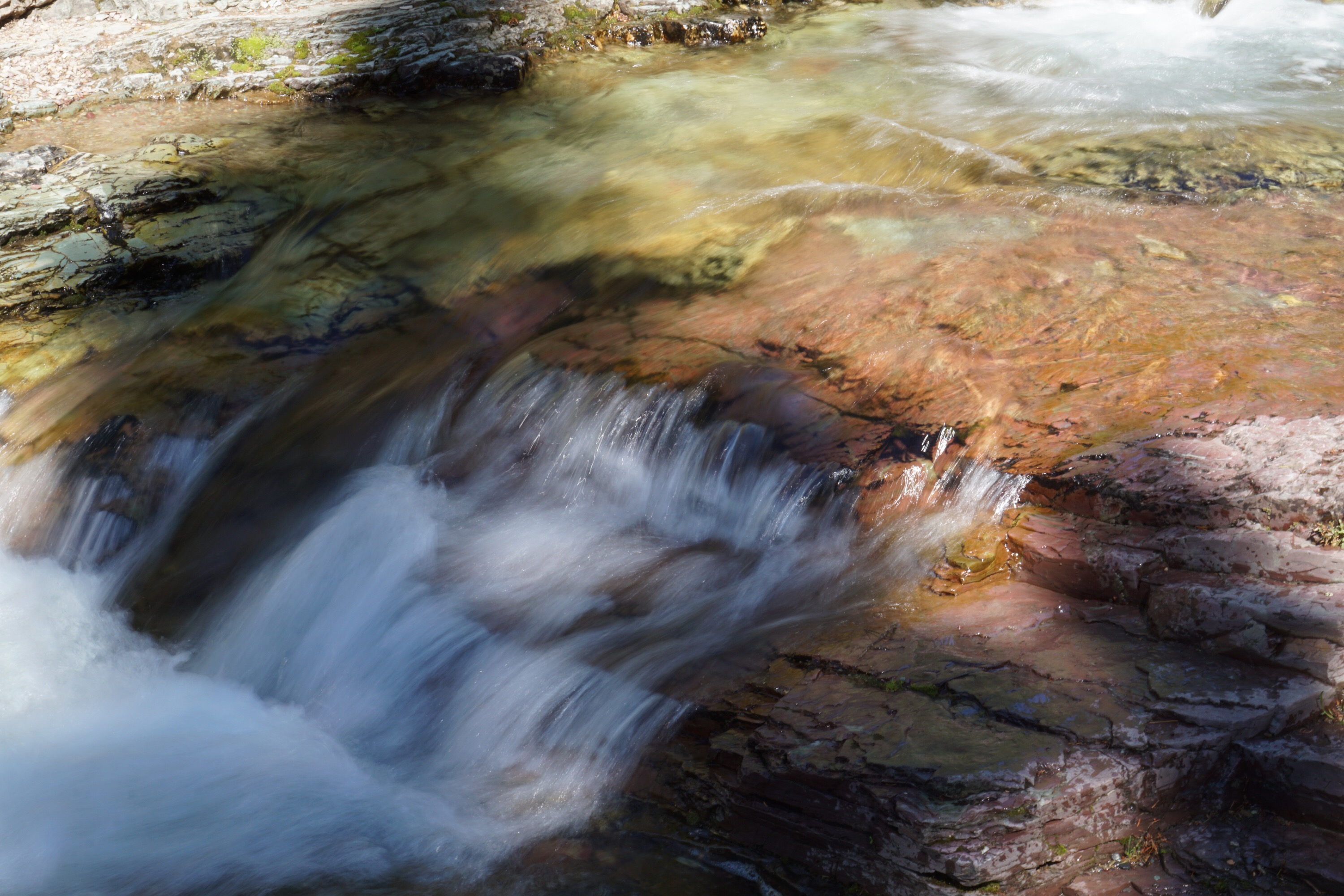 We were just passed Ptarmigan Falls on our way back down when from behind me I heard, "Oh Crap!!" I thought Brian must have hurt himself so I asked "What's wrong?" He said "I just remembered I have the keys to the RV!" Uh Oh! I thought, Jane and Holly are not going to be too happy when we get back. We had started the hike together that morning going as far as Ptarmigan Falls. At the falls we decided that the guys would continue on to Iceberg Lake, while the women returned to the campsite at their own leisurely pace. Nobody thought about the one and only key to unlock Willard when we parted ways. The rest of the hike we brainstormed ways that Jane and Holly would break in to the RV, we had visions of Jane boosting Holly through the front screen window, or failing that to recruit one of the small neighbor kids for that duty. Alternatively we figured they were just over at the Swiftcurrent Motor Inn cooling off and using the free WiFi. It turned out that they did use the WiFi, but we found them in good spirits lounging in the shade outside the RV waiting for us.

Although the hike out to Iceberg Lake and back was a good 10.2 miles and our longest of the trip, it was definitely worth the effort. Iceberg lake is part of a cirque. What is a cirque you ask? It is a half-open steep-sided hollow at the head of a valley or on a mountainside, formed by glacial erosion. Think of a giant ice cream scoop digging out half a mountain and you get the idea. The image doesn't really capture it, but gives you an idea. 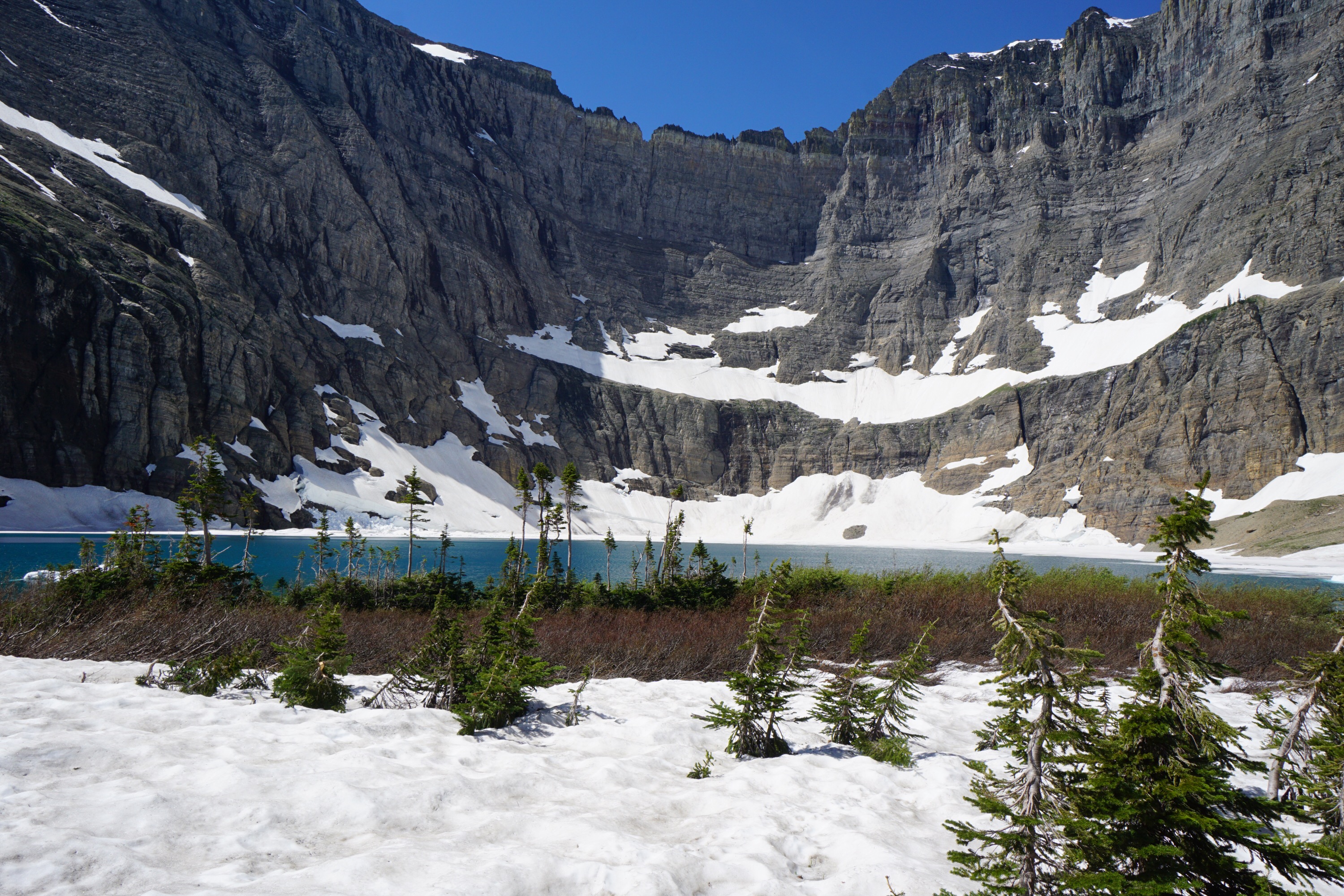 Our trip to Iceberg Lake was entertaining due mostly to two little boys hiking ahead of us. Boundless energy and a total willingness to get wet at every opportunity. At one point we caught up with them at a small stream where one of them was dunking his sweaty little head into the rushing water. His father, of course, was egging him on and taking pictures of the thing. Instant brain freeze was all we could think about. A while later they caught up with us at Iceberg Lake, which really does have icebergs floating around. One of them was just close enough to shore to be really really tempting for these two. The shoes were off and they were hopping from rock to rock determined to get to the little iceberg and claim in for their kingdom. The water was cold, REALLY COLD, so they were not willing to wade in above their ankles or for more than just a few seconds. We left before they claimed the berg, but we were convinced it was just a matter of time before one of them got completely soaked! We did catch this picture of a young brit who had brought his swimtrunks along on the hike for the purpose of getting in the lake. 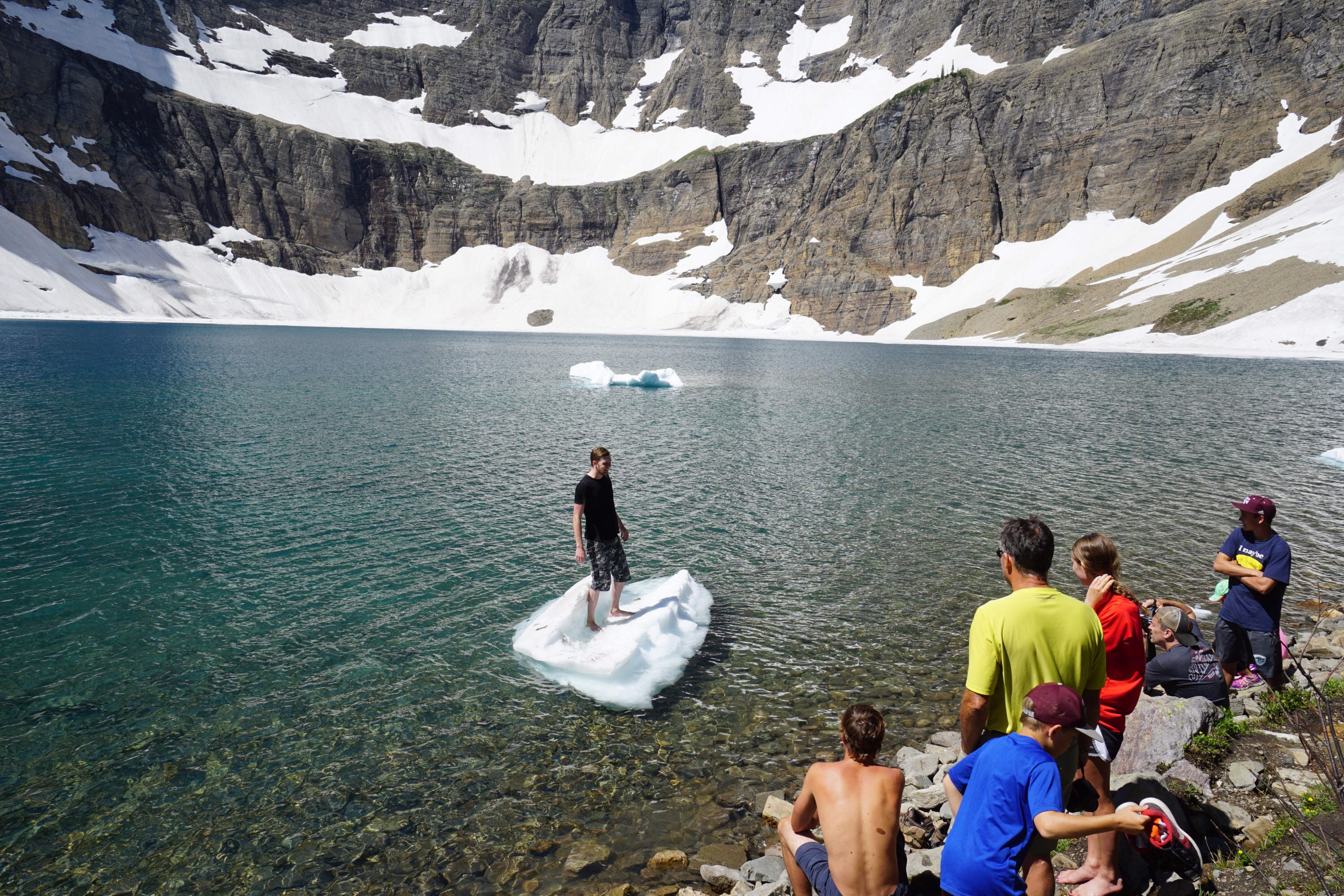