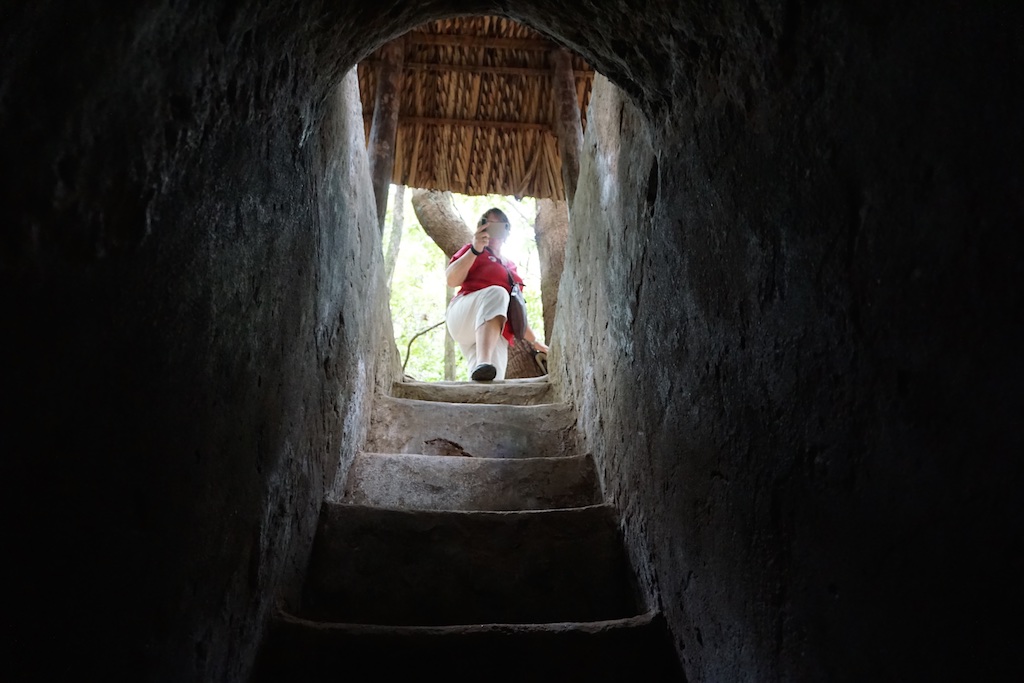 How would you like to live for nine years in an underground house? Yesterday we met Mr. Nam, who did just that. Mr. Nam fought for the Viet Cong. First against the French, then against the Americans. The Cu Chi area is now a park where you can learn about the Viet Cong, including a very one-sided video produced in 1967.

Then you can actually tour the tunnels. In the gallery below you can see me entering the tunnel through one of the many hidden entrances. I emerge again a few minutes later at another hidden entrance about 20 feet away from the first. At 6 feet tall I am definitely not built for climbing around in these tunnels.

The whole Cu Chi area really gave you a good sense for what the jungle was like. Bamboo trees, vines, paths through the trees, lots of overgrown bomb craters. The only thing missing from the war movies (thankfully!) was pounding rain.

Here are links to a couple of videos Jane took of me getting into and leaving the tunnel.