The van arrived right on schedule, 4:45 AM, and we were all in the courtyard in front of the flat on Triq DePiro ready to go. This is our last group trip together with the Malta students, Spring 2015 edition. It is a bonus trip in the sense that because Jane saved us a bunch of money by doing so much planning for our trips to Rome, Morocco, and Istanbul, that we were able to afford the plane tickets and lodging to get everyone to Sicily. Of course with budget travel comes early morning flights, but nobdy seemed to mind very much. We were, after all, heading for Sicily. What nobody guessed was that we have a distinctly non-budget view from our lodgings for the next three nights!

The flight to Catania is ridiculously short is is just over 100 miles and takes less than 30 minutes, we barely got above 11,000 feet before we started our descent. Our departure time was so early that once we arrived in Catania we had a good hour to wait before the rental car agencies opened up. Yes, we are driving in Sicily. Its part of the plan to keep costs low for this trip. Two mini vans for the group. The plan for the day was to meander our way north to Taormina stopping along the way at Bronte to sample some Pistachios and at Randazzo to check out lava as a building material in a Medieval town.

The highlight of the day was to do some hiking on Mount Etna. It is amazing that there is still snow on the volcano in mid-May and even more so when you consider that the volcano is quite active right now.

We started out together as a group and enjoyed the break from the busy urban vibe of our home in Sliema, stopping for a group photo in this cool clump of trees: 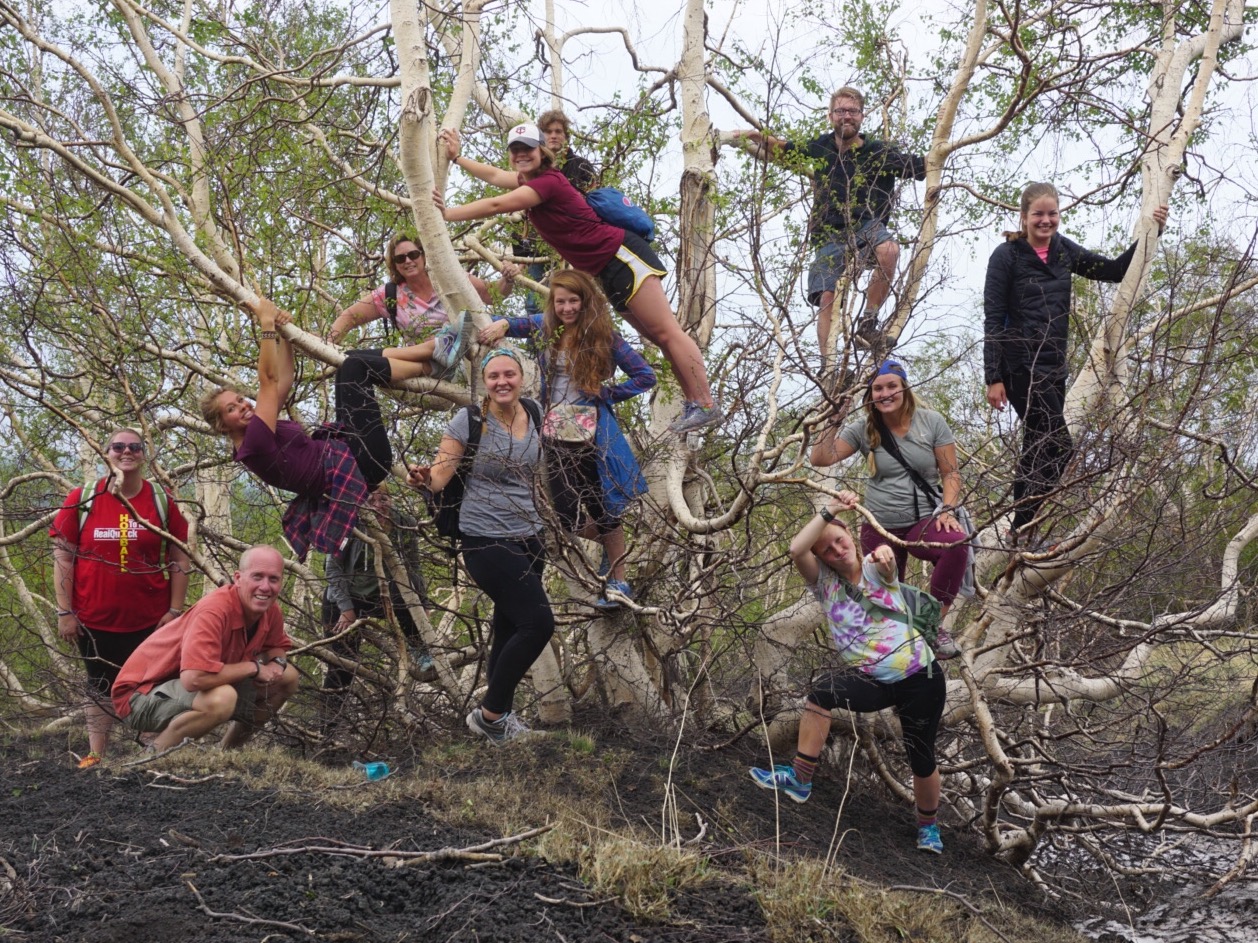 Eventually the group splintered with varying degrees of adventurousness, and an unfortunate bruised thigh for Jane due to a loose rock. Some of us persevered up the side of the volcano until the winds became so strong we thought we would blow away. Climbing through the lava is a lot like climbing up a giant sand dune. It is very hard work. It also reminded us of the scenes of Frodo and Sam climbing into Mordor in Return of the King. As we were scrambling our way up, a helicopter flew overhead and hovered over us for a few minutes. I think we all expected to hear a loud voice tell us to turn around and get out of there, but I guess they decided we were harmless and not in harms way as it soon moved on. After we reached our goal we were tired and happy to be there if only for a few minutes to enjoy the view.

As we began to descend our shoes soon became filled with sharp little pieces of lava. This made the descent quite painful and necessitated a few stops to empty the shoes. At one point I was really glad Emma was standing behind me as she remarked. "I wonder who's glasses these are?" Of course they were mine having just fallen out of my pocket as I was emptying my shoes. That would have been a loss, and impossible to find one pair of transition lenses hiding in miles of black rock. 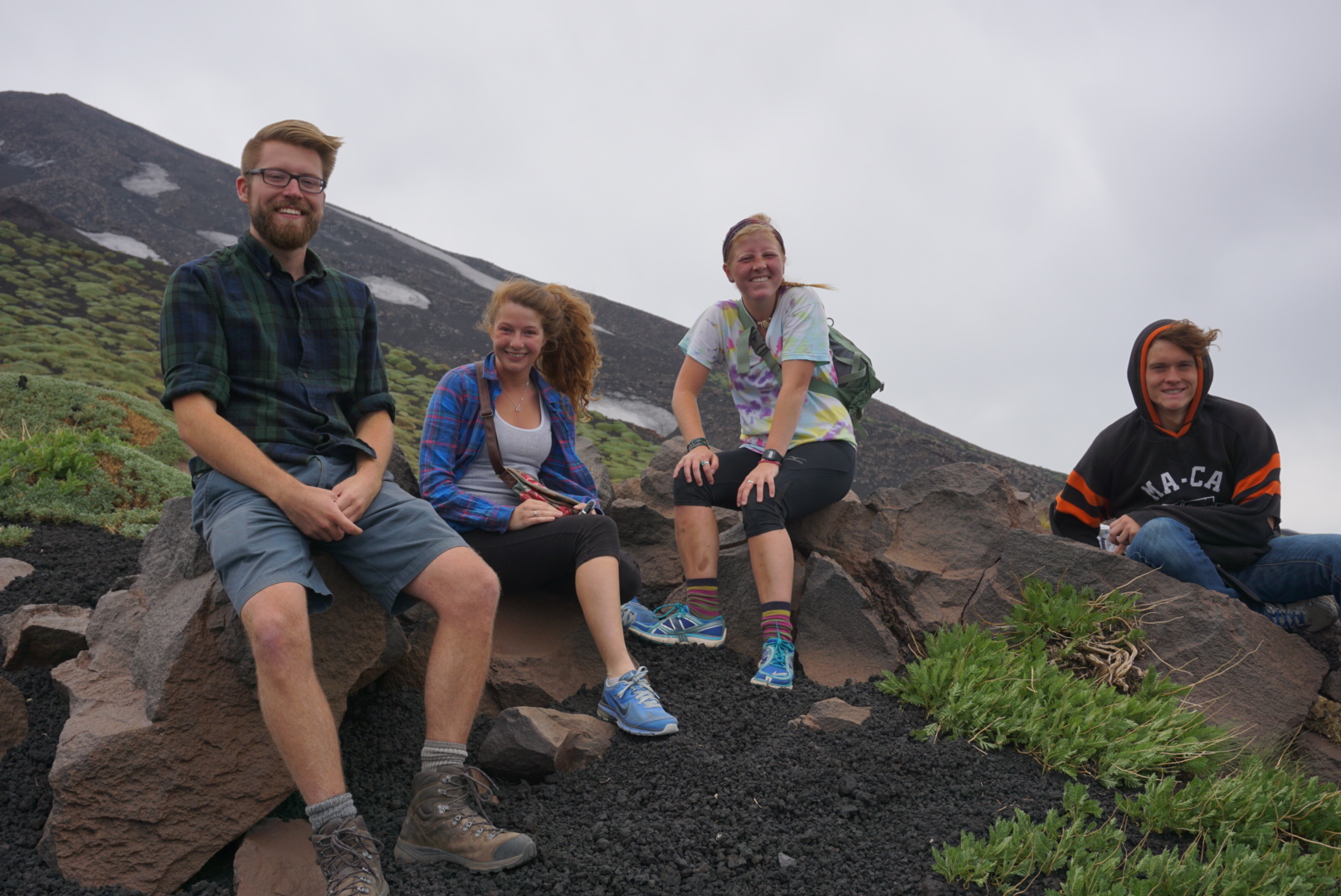