Well, here we are, sitting in our room looking out the windows at Cape horn.  Amazing!  One of the naturalists on board gave a lecture today, and talked about the size of the ships that were used by explorers like Cook, Magellan, and Drake.  They are not much larger than our lifeboats!  This really puts a new perspective on things.  The Drake passage is to our South and is about 300km wide  its all that stands between us and Antarctica.  The thing about the Drake passage is that the winds and waves and weather get really horrible, primarily because there is NO LAND down here to get in the way of the wind and waves, so they just whip around the world getting faster and bigger.

We were very lucky today and got a day when the seas were relatively calm, and the skies were quite clear.  Here you can see Jane and I on the east side of the island.  In the background you can kind of make out the weather station.  There is also the Chilean flag, and the Albatross Monument.  This is a monument to all the sailors who have died trying to navigate around Cape Horn. 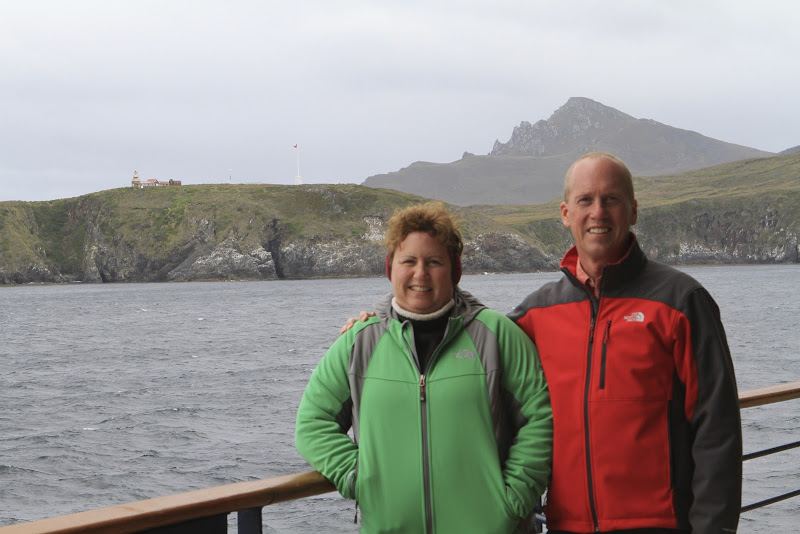 The weather around the cape is very unpredictable.  In the span of less than an hour it went from the rather nice, as seen in the picture above to the somewhat sinister as seen below: 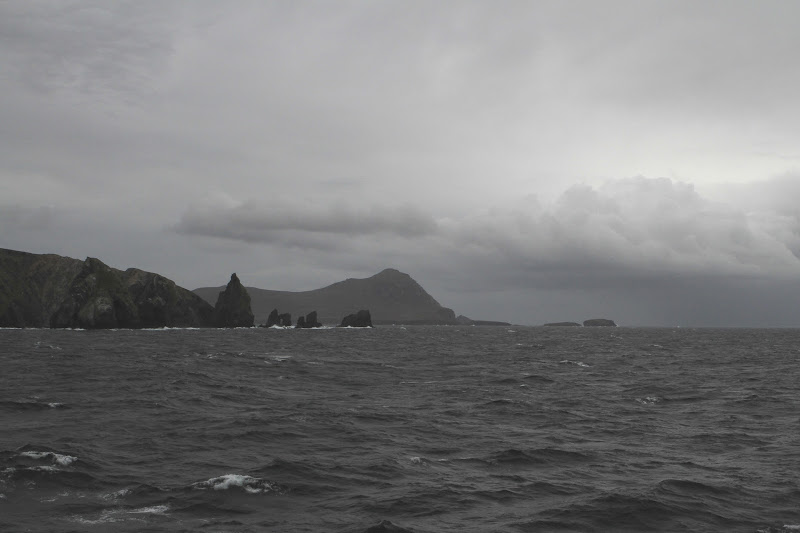 Again, I think to myself,  here we are on this enormous cruise ship, you'd have to be insane to do this on the size ship that the early explorers used.

Just to catch you up a bit.  We've been at sea the last two days.  Its very relaxing except that I caught a nasty cold and have been mostly just laying around and taking hits off my inhaler.  Between the bouts of chills, I've gone to a few of the excellent lectures they do on board the ship.  Two retired college profs who get to sail around the world with celebrity giving lectures on the science and nature of the area we are visiting.  Not a bad retirement gig if you ask me.

Meanwhile, Jane has been a demon in the casino.  She's been rolling the dice at the craps table and is way ahead of our meagre $200 gambling allowance.  Now you might be thinking that there is still plenty of time to lose it all.  The thing is our strategy is to squirrel away the winnings and then go back to the table with the original amount again the next night.  I know some people would say double down, you don't have anything to lose (except the original $80 that we planned on losing anyway)  But our Norwegian Lutheran heritage just doesn't roll that way.