By this time of the trip the routine was well established. Breakfast in the morning, then off to the zodiacs for an adventure / hike on shore. Back to the ship for lunch and a rest during the worst heat of the day, then a late afternoon zodiac to another destination for another hike. This is definitely an adventure not a vacation! This afternoons hike was billed as the most difficult of the trip, because it involved a little rock scrabbling! As usual a few people joined that really shouldn’t have, you would think people would learn their limitations by this time. Anyway, after the rock scrabbling we were rewarded with a beautiful view of the beach. 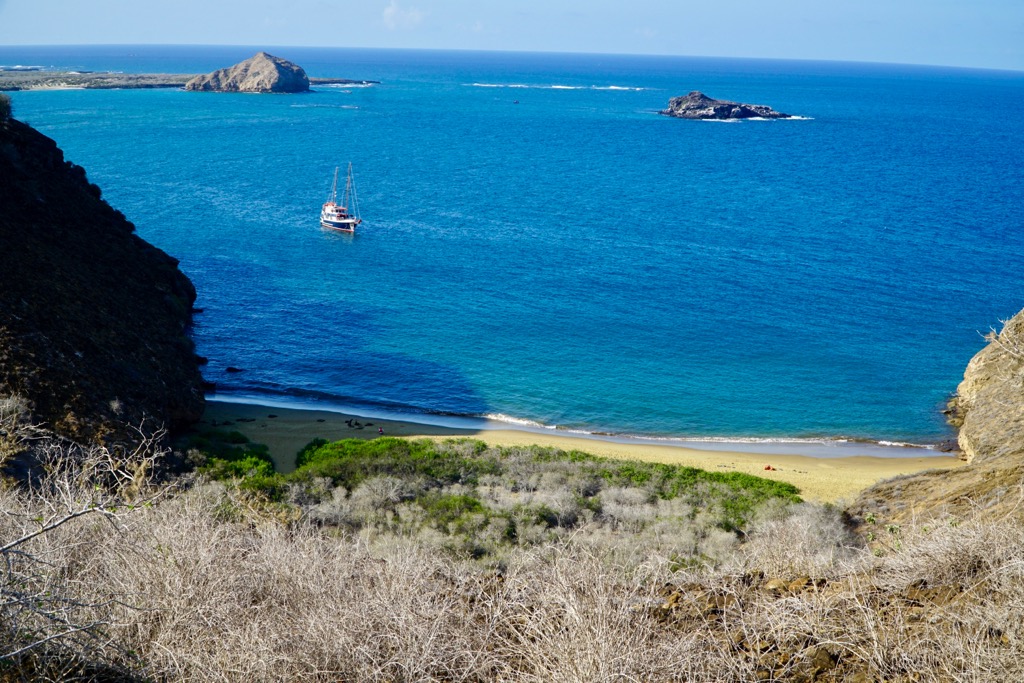 Along the way we saw a lot of Blue Footed Boobies, we had to leave the trail to keep our distance from them several times as they just sit in the middle of the path looking at us. It was definitely worthwhile as this is probably one of my favorite photos of this whole adventure! 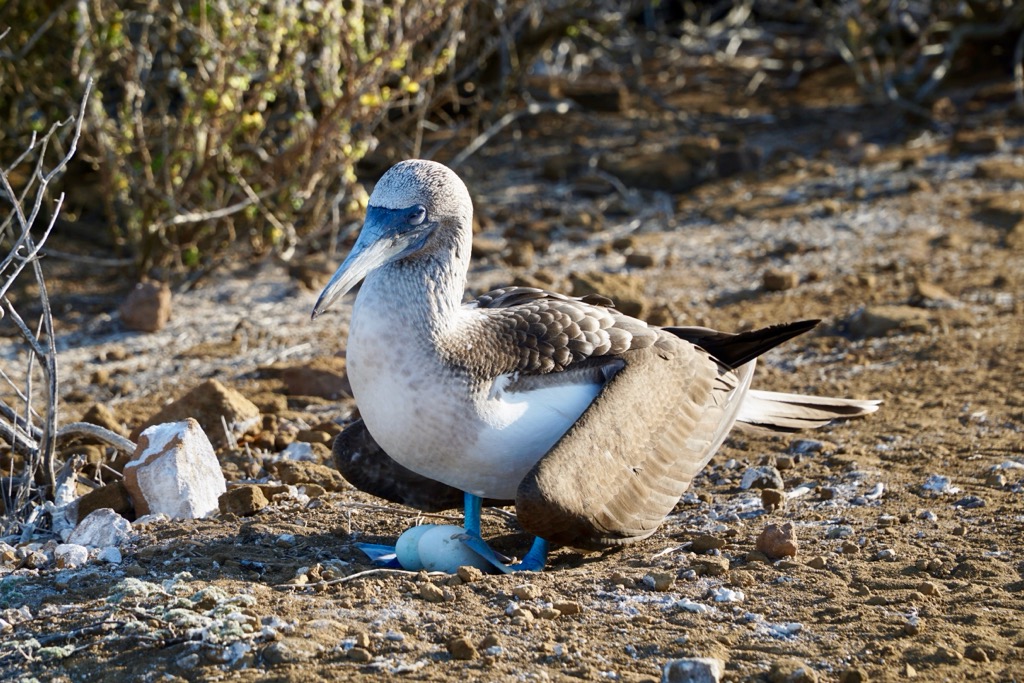 The blue footed boobies take turns on the nest, if you can call it that. It’s barely even a hole in the ground. Further, they don’t really even sit on the eggs, they kind of cradle them with their feet. Here’s a picture of the “changing of the guard” 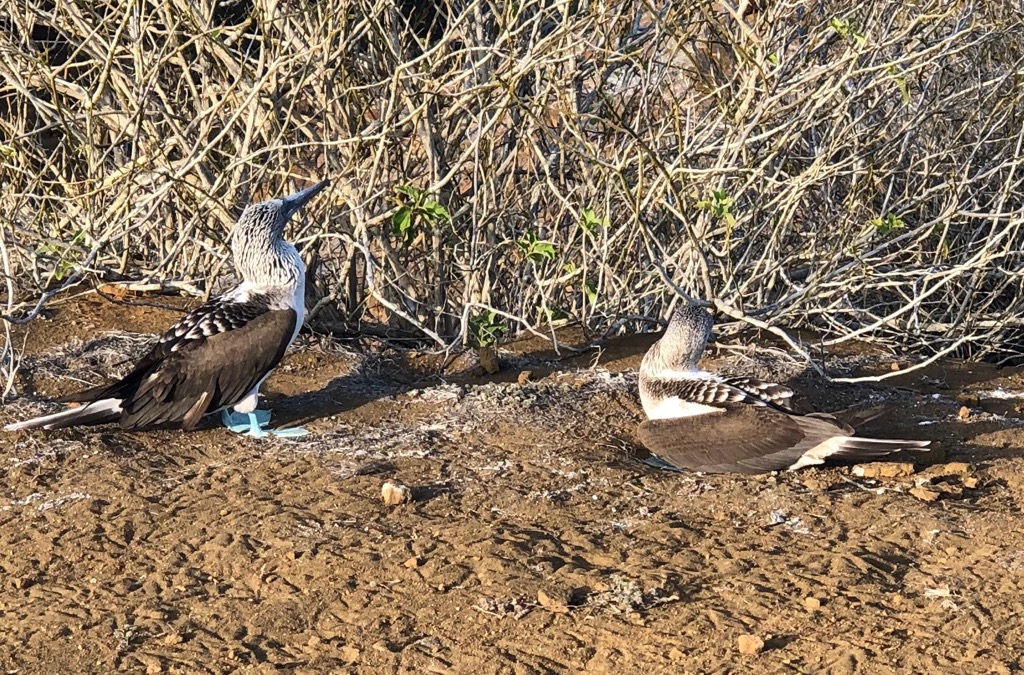 The reds are not nearly as interesting as the blues. They are arboreal and so you rarely see them on the ground. Their feet are red, but not bright red like the bright blue. 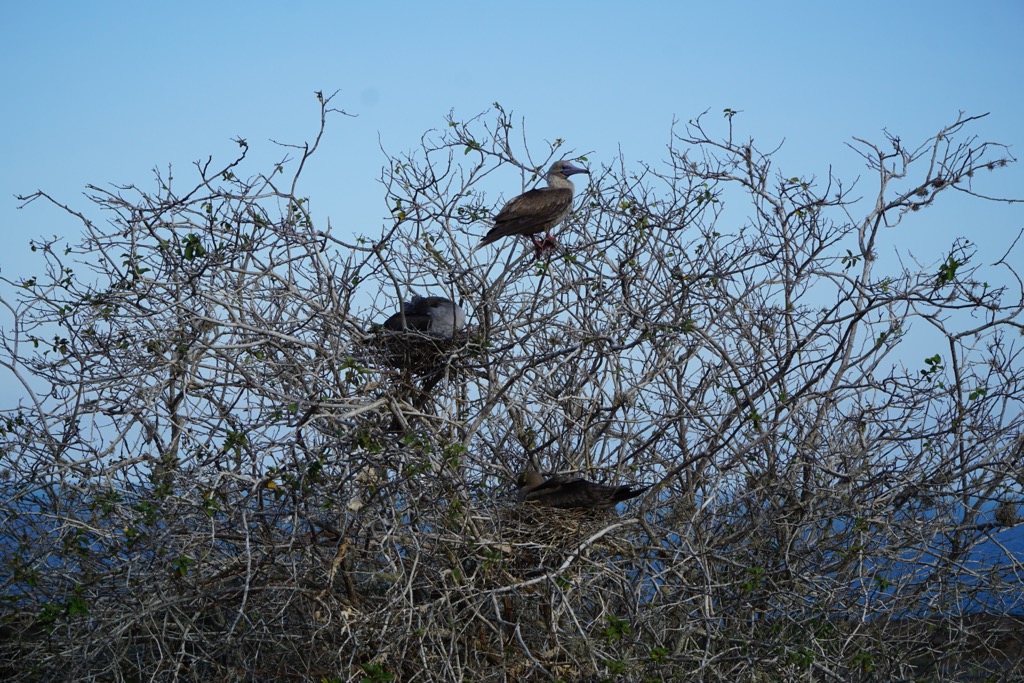 On the beach where we landed to start the hike was a small colony of sea lions. 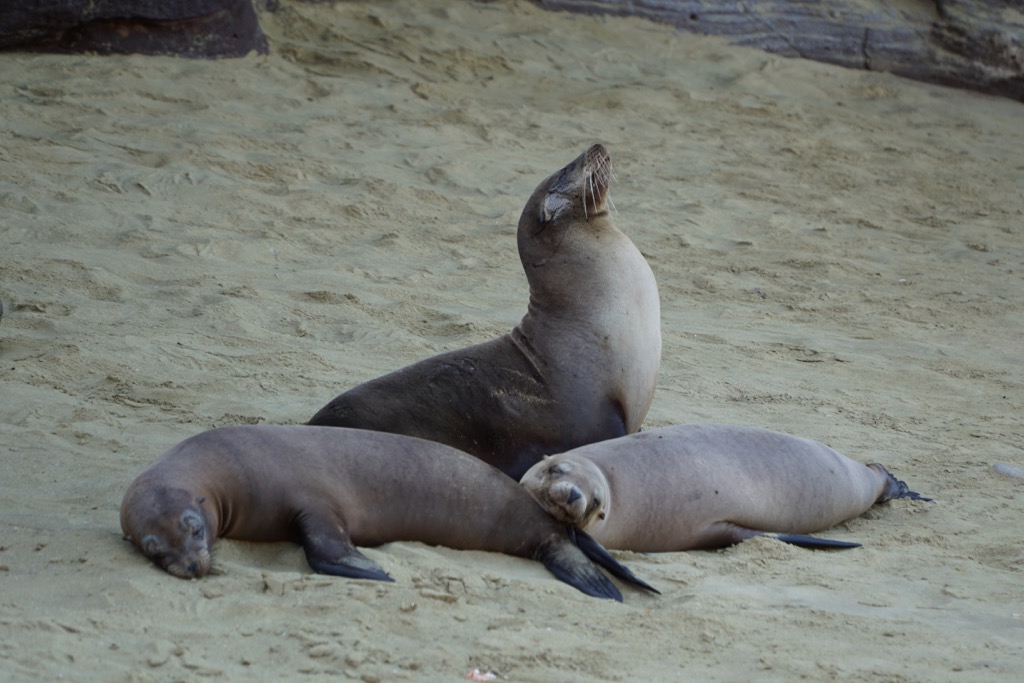