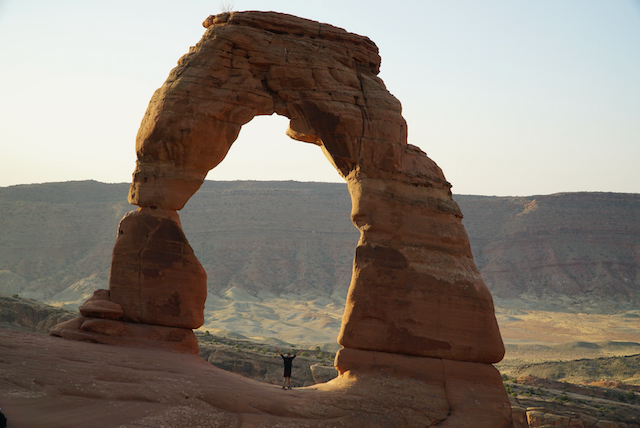 Even though we were not enthusiastic at the agreed upon hour of 5:30 to get ourselves out of bed and head out to the park it was well worth the effort. We arrived at Arches National Park and headed through the gate in darkness, but by the time we got to the parking lot for Delicate Arch it was light enough to see and hike. We headed out of the parking lot for a 3 mile round trip hike described as strenuous. It was mostly uphill on the way to the arch so it seemed to live up to its billing.

Rounding the final curve it is really quite amazing to see this arch. We climbed over the wall and just took it all in enjoying the mostly quiet atmosphere. Until someone dropped both of their water bottles! That broke the silence for quite some time as they clattered and clanged all the way down the bowl you see in this picture. 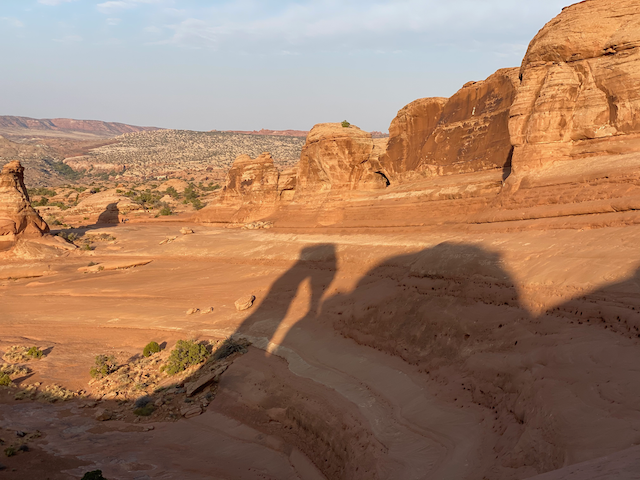 Jane told me to get in line so she could take my picture under the arch. Since she and Shirley had already done this last year she was content to just soak in the scenery. Standing in line is never my favorite thing to do but people around me were friendly (and socially distant) so it passed the time. One guy joked he wanted to climb to the top of the arch, I said "someone has to water that plant," and that broke the ice with everyone riffing on climbing or getting arrested or whatever. In a general spirit of cooperation everyone was wearing masks, but still willing to handle the iPhones of the people in front of them to take pictures under the arch.

After my solo picture at the arc we took a selfie and headed on our way. 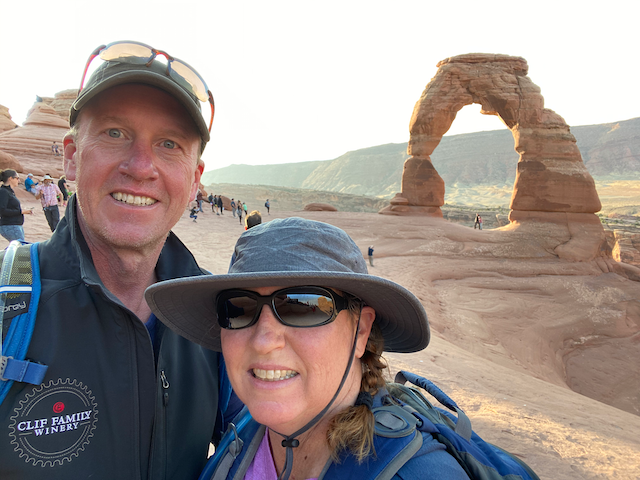 I made a brief detour to climb up to a window that allowed you to see Delicate Arch. It was great except the wind was blowing so hard it nearly knocked me off my feet. 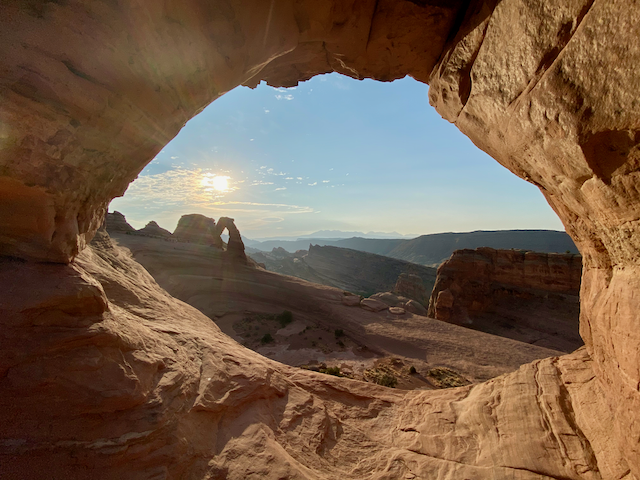 From delicate arch we enjoyed the drive to Devils Garden. Stopping at several viewpoints along the way. The highlight of Devils garden is the Landscape Arch which really looks like it should fall at any moment. We also got to see some other arches that were closer to the parking lot, including the beautiful pine tree arch. 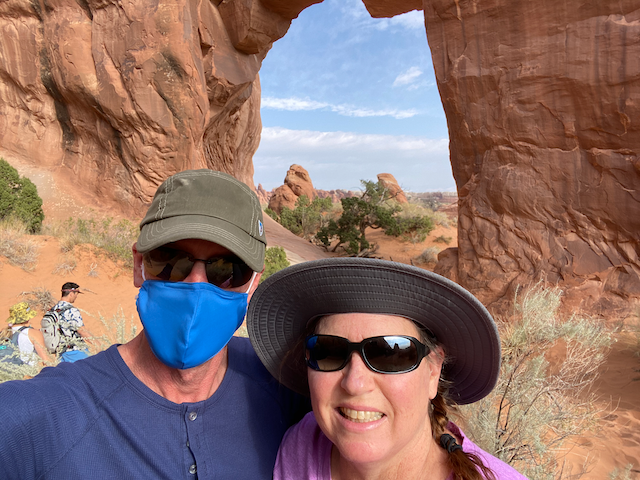 By now, the wind had really picked up and the horizon was threatening rain, but we had one last stop for the day - The Windows. The turnoff for the window is right next to balanced rock. Which is the size of THREE School Busses! 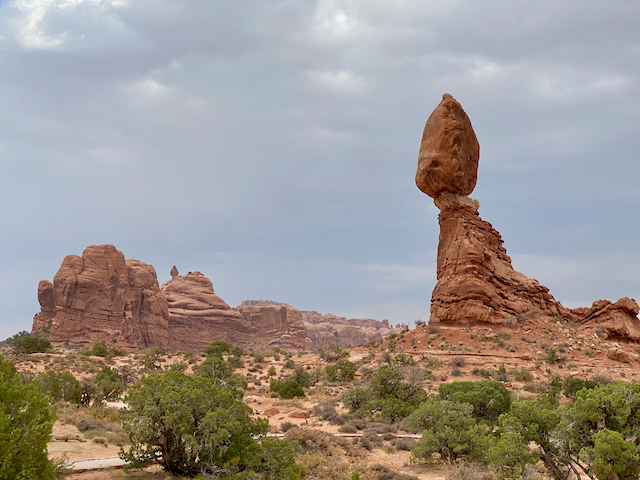 At this point we had been hiking and touring for about six hours, and even though it was just 1PM we decided to call it a day and head back to the camper. Sometimes vacationing is so exhausting!