Ostia is about a half hour train ride away from the center of Rome, back in the direction of the airport and the coast. In fact Ostia was the port for Rome in ancient times, until it fell out of favor. Slowly the city became covered with silt from the river until it was buried and forgotten. The layers of silt have preserved the city very much like the ash from the volcano preserved Pompeii. We had no formal guide this day, but it was still fun, to just walk and imagine yourself in that place in ancient times.

Here I am serving wine to the ladies at an ancient bar. 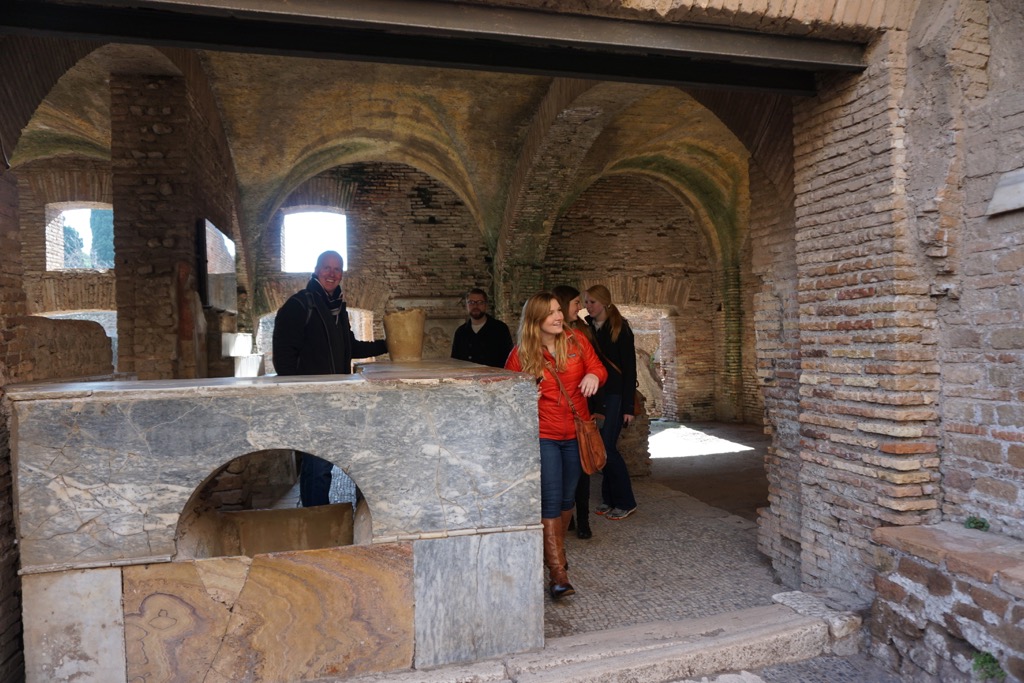 And here are some scenes from above. I love the trees. They remind me of giant bonsai because they all appear to be so well groomed.