As this will be my final Ideas and Creations contribution I hope you will indulge me in a little look back over my relationship with Luther College and the teachers and professors that have made me who I am today. 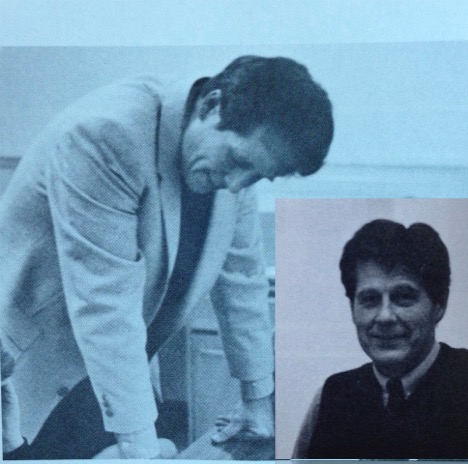 The first person I want to mention is the man in the picture -- Charlie Weinman, with the hairstyle and the vest you might guess this picture comes from the early 80's. Mr. Weinman taught typing and shorthand at Luverne High School. The picture shows him in a typical pose, and I can hear his exasperated sigh at my inability to keep my eyes off the keyboard as I worked on my "perfect paragraphs." Mr Weinman was the advisor to the annual staff as well, and his favorite saying, which I heard often, was “If you want something done right, ask a busy person” Somewhere along the way Mr. Weinman noticed that one of the reasons I was always so busy was because my friend and I spent an inordinate amount of time messing around on the Apple II computers our high school had just purchased. We were teaching ourselves to program and trading games on cassette tapes. He made it his mission to help and encourage us — with the programming part. On weekends he would drive us to programming contests all around Southwest Minnesota. He eventually created the first programming class at the high school. The deal was that my friends and I could take the class so we could get credit and have it on our transcript, but we were to sit in the back and keep quiet -- unless he asked for our help.

As I look back on it Mr Weinman was modeling a key aspect of a Luther education — life long learning. He also demonstrated to us with great humor and humility that teachers don't always have all the answers. This was a good lesson, as even today in my final semester I'm faced every day with the fact that I don't have all the answers when teaching machine learning or internet programming. The world of computer science moves far to quickly for any of us to know it all, and we must be prepared to be lifelong learners if we are going to succeed in this field.

When I arrived at Luther in the fall of 1982 I became a Norseman. It was only year two for the Norsemen, but the foundations that were laid for this group in 1981 are still strong today. Norsemen may be the only connection I have to some classmates, but I would still consider them my brothers. It was probably my classmate, Tim Peter, who came walking down the hall of first floor Ylvi encouraging those of us who were clueless to come to tryouts for this relatively unknown group! 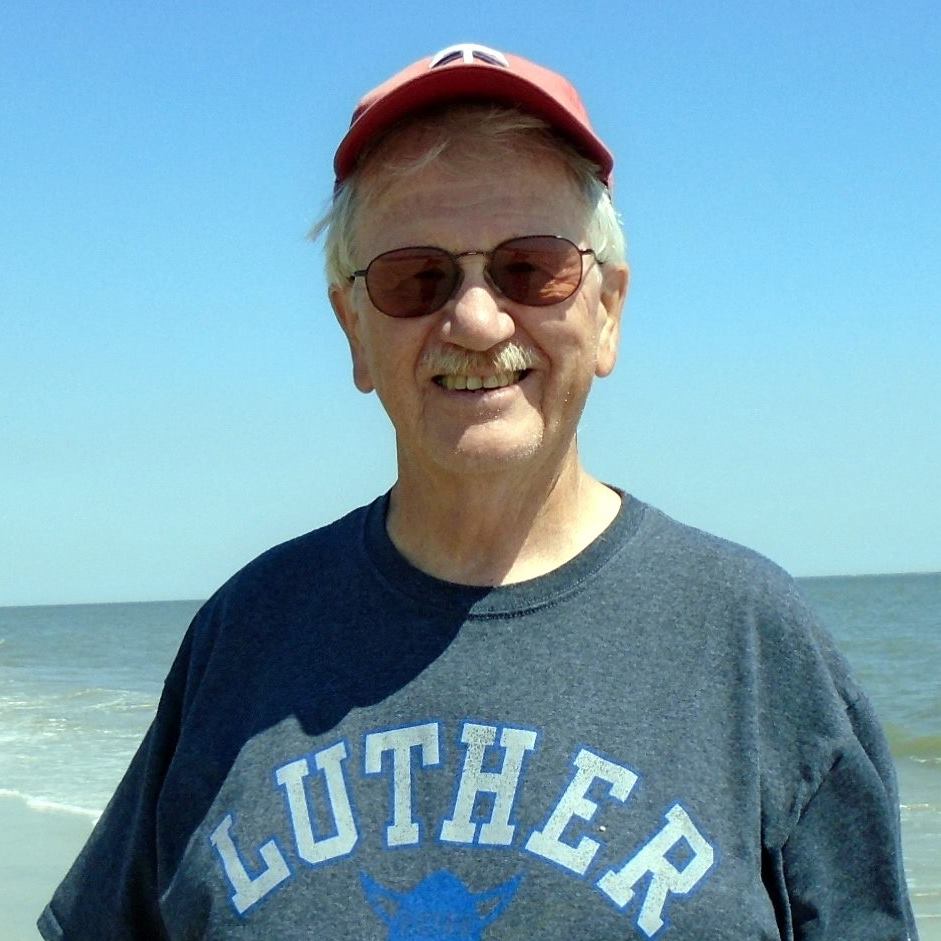 As a computer science major I was fortunate to take the majority of my classes from Dr. Walt Will. Walt was my professor, my advisor and a great role model. He had a wonderful dry humor and an endless supply of patience to answer my endless stream of questions in class or to just sit in his office and talk about computer science and life in general. In the spirit of life long learning we always knew that Walt was just ahead of us (if only by a few days) in our journey through this new field of computer science together.

Walt was such a huge influence that when people would ask me about my career goals I would say "I want to come back to Luther and take Walt Will's job.” That sounds a little harsh to my older self, but I meant it as the highest possible compliment to Walt. I really felt that success in life would be to have the kind of impact on other students that Walt had on us. After 18 years in the computer science industry, it was ultimately Walt who paved the way for my return to Luther as a faculty member. I remember a phone call with Walt when he told me he would be only too happy to move back to the Math department to create a position in computer science in 2003. As I started my new career as a professor I was very lucky to have Walt down the hall to talk with and get advice. As I’ve grown professor I've learned that I have to be myself, I'll never be Walt, I definitely don't have his patience. 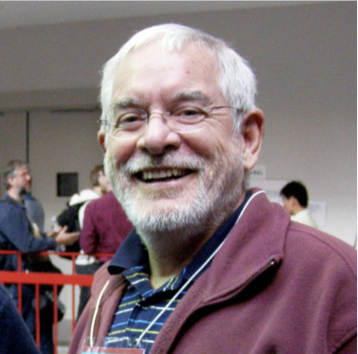 If you would have asked the 1990 version of Brad Miller what it was like to be a grad student at the University of Minnesota, it would not have been a positive conversation. Going from small-town Minnesota and Luther College to the U was a huge culture shock! Big classes, registration lines that stretched down the stairs and around the block, professors that closed the doors to their office, it was all very foreign. However, I would have told you about one professor that would be right at home at Luther and that was Dr. John Carlis. I was fortunate enough to take a class from John which changed everything and led to him becoming my masters advisor and friend. After a time or two of stopping by his office to ask questions about assignments he started making me coffee and we started talking about teaching and research and writing a one-draft thesis and singing and parenting.

John had a great sense of humor and was famous for his bad puns. He would take two dimes out of his pocket and put them in the palm of his hand and slowly move his hand back and forth. "Do you know what this is?" He would ask, "a pair-a-dime shift!" Although I switched advisors for my PhD project I never stopped having coffee and conversation with John. When I told him about coming to Luther to teach he encouraged me to write a textbook, embrace the liberal arts, and get to know people outside of CS. At his funeral a few weeks ago I heard my story over and over from lots of former students. John had this same kind of relationship with countless students over the years, always having the right story or the right word of encouragement at the right time. His office must have had some kind of magical time vortex because I'll never know how he could spend this much time with so many different people. As I look back, I do not know whether I would have become a U of M graduate if had not been fortunate enough to know John Carlis. 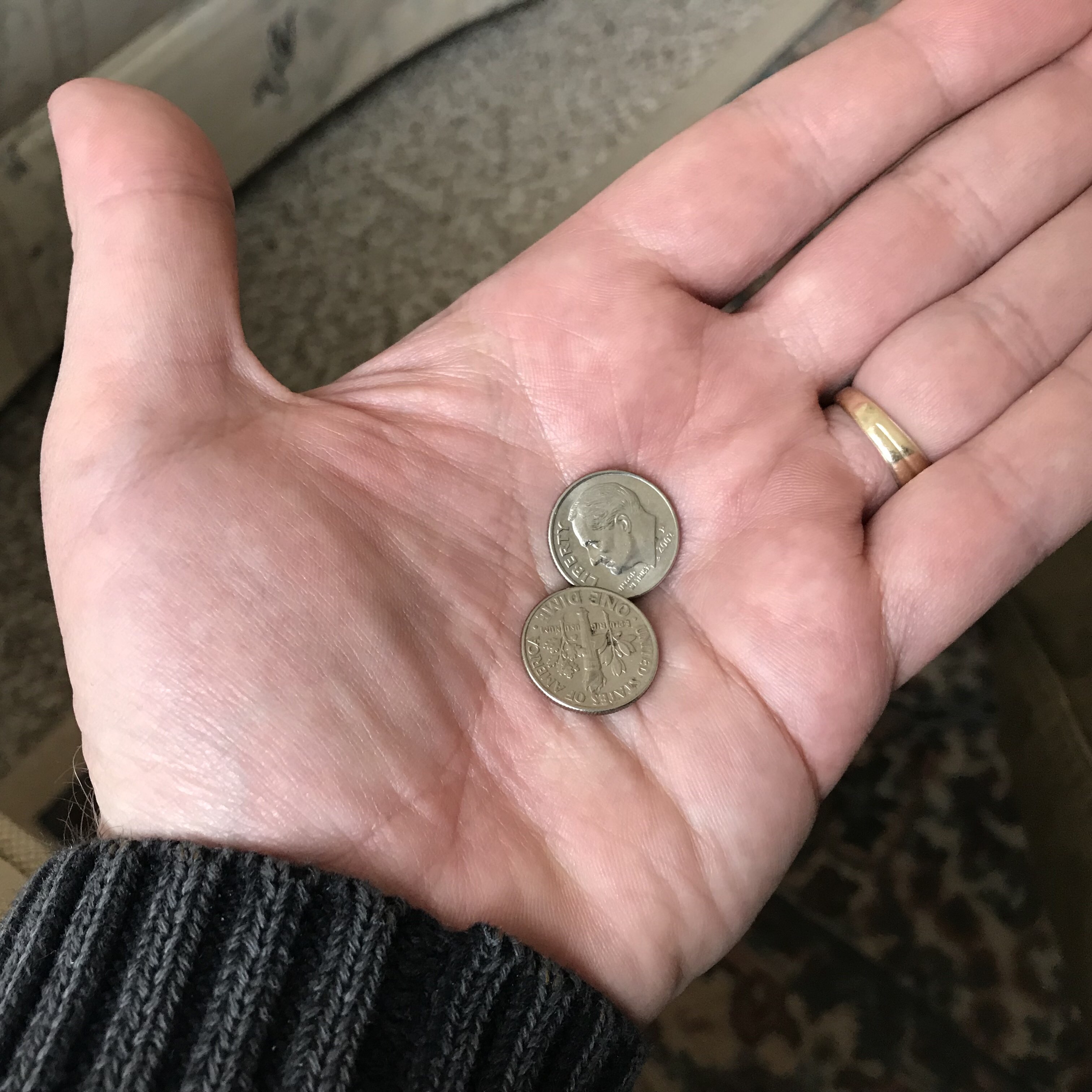 John's advice also shaped my experience as a faculty member at Luther. Some of my favorite experiences as a faculty member come out of embracing the liberal arts: teaching Paideia 450s with my friend Jim Martin-Schramm, leading the Malta program, leading JTerm courses in Silicon Valley, helping to create the Data Science major are all experiences I will remember for the rest of my life. The process of writing two paper textbooks led to the vision that has become Runestone Interactive. My JTerm students will be happy to know that Runestone now has a mantra: "Democratizing textbooks for the 21st century." As I leave Luther I am super excited that I can devote my full focus and energy to Runestone., which today serves 20,000 students a day at both high schools and colleges! I hope to make that 2 million students in the next few years.

In the face of declining enrollments, ratio imbalances, committee meetings and program reductions its easy to forget why we do what we do. I came to Luther 15 years ago because I felt called to share my experience and make a difference in the lives of students; just as Charlie Weinman, Walt Will, and John Carlis have made a difference in mine. I hope I have. My relationship with Luther is long and varied, I’m an alumni, a donor, a faculty member and a parent of an alum. If Luther calls sometime in the future to ask me to serve in some other capacity, I hope that I can. Soli Deo Gloria.